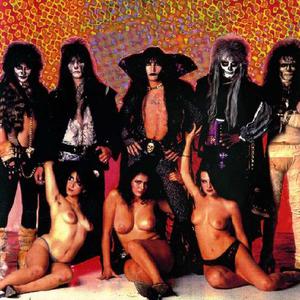 Death SS was formed in 1977 by Paul Chain and Steve Sylvester. The band combined elements of horror and the occult and heavy metal to become a pioneer in black metal and thrash metal..In this period Paul Chain was the main composer in the band, and Sylvester was the lyricist. While Sylvester left in 1982, the band lasted 'till 1984 when they split. Death SS were reformed in 1988 by Sylvester, as Paul Chain detached himself from the evil philosophy of the band. This new incarnation of Death SS would record their first full length album, .

.In Death of Steve Sylvester. Their would be many line-up changes in the years to come, with Sylvester once again being the only constant member.

All The Colors Of The Dark (The Very Best Of) CD2

All The Colors Of The Dark (The Very Best Of) CD1

...In Death Of Steve Sylvester