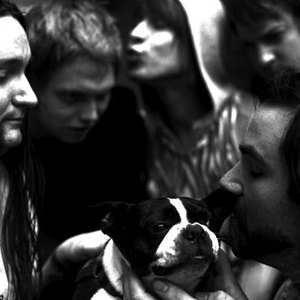 Daughters (frequently mislabeled 'The Daughters') was a noisecore band formed in Providence, Rhode Island in 2001, following the demise of a similar Providence-based band, As The Sun Sets. Their music is fast and experimental; their drums commonly feature blast beats, and their guitars are a blur of high pitched squeals and fast fretting. With the release of Hell Songs, Daughters became more of a noise rock band - with vocals more reminiscent of The Jesus Lizard's David Yow than a traditional hardcore or metalcore vocalist - and toured with bands such as The Locust...

Daughters released a new self-titled LP on March 9 of 2010, on Hydrahead Records, without longtime members Nicholas Sadler and Samuel Walker. It will presumably be their last, with no tour planned for the album.

Nick Sadler, the ex-guitar player of Daughters, plays in a project named Fang Island, which is a band that breaks away from the musical style in which he played with Daughters.

You Won't Get What You Want