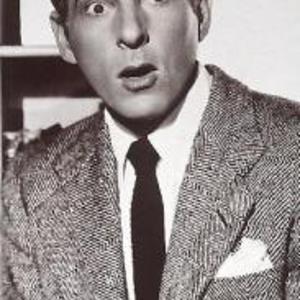 David Daniel Kaminsky, known as Danny Kaye (January 18, 1913 ? March 3, 1987) was an American actor, singer and comedian. Born to Jewish immigrants in Brooklyn, red-haired Kaye became one of the world's best-known comedians. He learned his trade in his teen years as a tummler in the Catskills. In 1941 he appeared in the Broadway show, Lady in the Dark and performed the famous number "Tchaikovsky," by Kurt Weill and Ira Gershwin, in which he sang the names of a whole string of Russian composers at breakneck speed, seemingly without taking a breath.

Born to Jewish immigrants in Brooklyn, red-haired Kaye became one of the world's best-known comedians. He learned his trade in his teen years as a tummler in the Catskills. In 1941 he appeared in the Broadway show, Lady in the Dark and performed the famous number "Tchaikovsky," by Kurt Weill and Ira Gershwin, in which he sang the names of a whole string of Russian composers at breakneck speed, seemingly without taking a breath.

According to The New York Times, when he appeared at the London Palladium music hall In 1948, he "roused the Royal family to shrieks of laughter and was the first of many performers who have turned English variety into an American preserve." Life magazine described his reception as "worshipful hysteria" and noted that the royal family, for the first time in history, left the royal box to see the show from the front row of the orchestra.

Kaye made his film debut in a 1935 comedy short subject, entitled Moon Over Manhattan. His feature film debut was Up in Arms (1944). He starred in several movies with actress Virginia Mayo in the 1940's, and is well known for his roles in films such as The Secret Life of Walter Mitty (1947), The Inspector General (1949), White Christmas (1954), Knock on Wood (1954), The Court Jester (1956), and Merry Andrew (1958). Kaye starred in two pictures based on biographies, Hans Christian Andersen (1952) about the Danish story-teller, and The Five Pennies (1959) about jazz pioneer Red Nichols. His wife, Sylvia Fine, wrote many of the songs Danny Kaye became famous for. Some of Kaye's films included the theme of doubles, two people who look identical (both played by Danny Kaye) being mistaken for each other, to comic effect.

Kaye starred in a radio program of his own, The Danny Kaye Show, on CBS in 1945-1946. Despite its clever writing (radio legend Goodman Ace, Sylvia Fine, and respected playwright-director Abe Burrows were the writers for the show) and performing cast (including Eve Arden, Lionel Stander, and big bandleader Harry James), the show lasted only a year.

He hosted his own variety hour on CBS, The Danny Kaye Show, from 1963 to 1967. Kaye also did a stint as one of the What's My Line? Mystery Guests on the popular Sunday Night CBS-TV program. Later, Kaye also served as a guest panelist on that quiz show. Years later, Kaye also guest-starred in episodes of The Cosby Show and of the 1980's remake of The Twilight Zone (see The New Twilight Zone).

Kaye's influence was felt beyond the entertainment world in the world of professional sports as well. Kaye was the original owner of the Seattle Mariners along with his partner Lester Smith, from 1977-81.

During the 1950s, Kaye also acted in a pantomime production of Cinderella, in Sydney, Australia, where he played the role of "Buttons", Cinderella's stepfather's servant, and also Cinderella's friend.

In many of his movies, as well as on stage, Kaye proved to be an able actor, singer, dancer and comedian, often having his comedic talents showcased by special material written by his wife, Sylvia Fine. He showed quite a different and serious side as Ambassador for UNICEF, and in one of his few dramatic roles in the memorable TV-movie Skokie, in which he played a Holocaust survivor. Before he died in 1987, Kaye also demonstrated his ability to conduct an orchestra during a comical, but technically sound, series of concerts organised for UNICEF fundraising. Kaye received two Academy Awards, an honorary award in 1955 and the Jean Hersholt Humanitarian Award in 1982. In his later years he took to entertaining at home as chef?he had a special stove installed in his patio?and host. He specialized in Chinese cooking.

Kaye died in 1987 from a heart attack, following a bout of hepatitis. He left a widow Sylvia Fine and a daughter Dena. He is interred in the Kensico Cemetery in Valhalla, New York. His grave is adorned with a bench that contains friezes of a baseball and bat, an aircraft, a piano, a flower pot, musical notes, and a glove.

The Best Of Danny Kaye