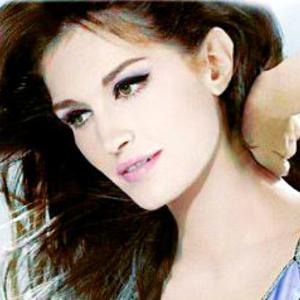 She was the child of an opera violinist and was given singing lessons at an early age. She developed into a beautiful young lady and, in 1954, she won the Miss Egypt beauty contest and immediately left for Paris, France, to pursue a career in motion pictures.

Despite her looks, her first films were less than successful, but she began performing in music halls and cabarets, singing in French, Italian, Arabic in which she was fluent, and other languages. Using the stage name, "Dalida", she recorded songs, her second single titled "Bambino" brought instant fame. In 1957, she appeared at the Paris Olympia as the opening act for Charles Aznavour and later the same year for Gilbert B&eacute;caud. She would go on to record in several languages, touring the globe including sold-out performances, in late-1978, at Carnegie Hall in New York City.

During her career, Dalida recorded 500 French songs, 200 of which were translated into Italian, and 300 into other languages. She sold more than 150 million albums world-wide, winning numerous awards, scoring more than 70 gold records. Yet, despite her fame and fortune, her personal life was difficult and filled with much drama and tragedy. In 1961 she married her mentor Lucien Morisse, but the marriage lasted only a few months when she left him for the painter Jean Sobieski (later the father of American actress Leelee Sobieski). A few years later, her still distraught ex-husband died of a self-inflicted gunshot wound.

In 1967 her new lover, the Italian singer, Luigi Tenco also took his own life and Dalida too attempted suicide. She was living with the flamboyant and less than reputable, Richard Chanfray (referred to as the Comte de St Germain) when he took his own life in July 1983. She recovered from these tragedies and continued to perform but by her own accounts, life had little meaning and she spent years searching for personal fulfillment, including traveling to Nepal to study the Hindu religion.

On May 3, 1987 she died as a result of an overdose of sleeping pills leaving behind a suicide note that said: "Life has become unbearable ... forgive me."

Dalida is buried in the Cimeti?re de Montmartre, Paris, her gilded life-size statue one of the most outstanding of the many sculpted works in the famous cemetery.

In 1997, the angle of the rues Girardon and Abreuvoir in the Butte Montmartre in Paris was inaugurated as "Place Dalida" and is where a life-size bust was erected to her memory. In 2001, the French government honored her memory with her image on a postage stamp.