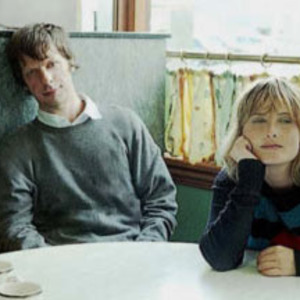 From acid-jazz collective to mellow Ibizan house masterminds, A Man Called Adam have pursued much the same fusion of gentle jazz/house rhythms with classic pop songwriting despite the progression of stylistic identifiers used to describe their sound. Comprised of Sally Rodgers and Steve Jones, the group have kept a close connection to the dance community, courtesy of their ownership of Other Records, a jazz-house label with releases from Chris Coco, Idjut Boys and Sensory Productions.

Originally founded as a jazz band, led by Sally Rodgers, Steve Jones, former members include Paul Daley, who later to formed Leftfield with Neil Barnes. Signed to the pioneering Acid Jazz Records enabled the group to find more gigs, and debut with a pair of singles. These early recordings, "A.P.B." and "Earthly Powers," reflected more recent influences ? namely the acid-house explosion which had rocked British clubs and charts during the late '80s. Winnowed down to a threesome of Rodgers/Jones/Daley, A Man Called Adam signed to Big Life in 1990 and just missed the British Top 40 that year with "Barefoot in the Head." After Daley left the fold, Rodgers and Jones followed with their first LP, The Apple. Unhappy with their treatment by Big Life (a sentiment echoed by the Orb at the same time), Rodgers and Jones decided to form their own label, Other Records, with design artist and longtime friend Steve "Jaffa" Gribbin.

Perhaps due to their new interests in label management, Rodgers and Jones didn't release much A Man Called Adam material during the mid-'90s. (They did release singles on Other under the alias Beachflea). By the end of the decade, the brand of uptempo yet slightly melancholy jazz-house pioneered by the duo became incredibly popular as a soundtrack for British club-kids vacationing in the dancefloor paradise known as Ibiza. The singles "Easter Song," "Estelle," and "All My Favourite People (Stay with Me)" became Ibiza anthems, and A Man Called Adam made appearances on many club compilations. The pair's second album, Duende, finally appeared in 1998.

They signed to Pagan records in 1999 and recorded their third album 'Heaven Now' which featured collaborations with South African superstar Brenda Fassie and country music legend Dean Miller. Unfortunately Pagan went bust weeks before the album was due to be released. Consequently the album was shelved and a world tour cancelled. Understandably disappointed AMCA looked for new a label and in 2003 signed some remixed versions of the Heaven Now recordings, plus selected tracks from their catalogue, to Norman Cook's Southern Fried Records. Released as 'All My Favourite A Man Called Adam' the album and remixes by the likes of Ray Roc, Harvey and South Rakkas Crew sold well but was, for the band at least, a compromise.

In recent times Sally and Steve have moved into the world of sound design, creating sound for theatrical productions, films and museum exhibitions. They are both academics with Sally conducting doctoral research at St Andrews University and Steve studying electro-acoustic composition at Edinburgh University. They still record, write and produce together and are currently working on various projects including songs for Sarah Brightman's new album.