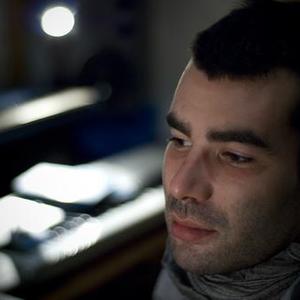 Francesco Tumeo was born in October, the 24th, 1980. At the age of seven, he started his journey into electronic music, thanks to his newly bought keyboard and to the awesome Commodore 64' music trackers. Faster than technology itself, he shifted from Commodore to Intel, built his first personal computer, and recycled the remains that he actually prefers as perfect examples of collecting modern art in music technology. Among the others, a hardware sampler which he favors by far - compared to modern software - for the long lasting and ritual preparation it requires.

He fills his studio with strange objects and creates never - heard - before sounds.
The name "Click" comes from the electroacoustic opprobrium given by a digital signal's sudden discontinuity, in the past often considered annoying.

A Mile In My Shoes