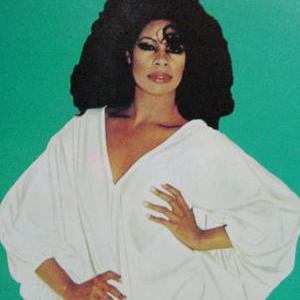 Claudja Barry is a Jamaica-born, Toronto-raised singer-songwriter who has remained active since the start of her career in the early 1970s. Her stage career as an actress includes roles in such plays as "Hair "and "Catch My Soul." After a breif stint in the group, Boney M, Barry struck out on her own as a solo artist. Her first album, "Sweet Dynamite" became a success thanks to the popular hit title track. Her sophomore album "The Girl Most Likely" saw similar success. Barry's biggest pop hit album became her third album, "I Wanna Be Loved By You.

It includes the Billboard Hot 100 chart hit was "Boogie Woogie Dancin' Shoes" (#56) in 1979. After the decline of Disco in the U.S., she continued to have success in the Club/Dance music market. Both her Rock edged Dance Pop album, "Feel The Fire" (1980) and the Hi-NRG album, "Made In Hong Kong" became successful in the Club/Dance music market in the U.S. By the mid 1980s, she reinvented her sounds with more Hi-NRG output. Such hit songs as "Born To Love" and "From A Whisper To A Scream", both produced by Bobby O, became popular hits. Barry topped the Hot Dance Club Songs chart in 1986 with "Down and Counting." It was the lead single from her sixth album, "I, Claudja." Further Club hits from the album include "Can You Feel My Heartbreak", "Secret Affair", "Hot To The Touch" and "I Don't You Know If You're Dead Or Alive."

Disco Round The Christmas Tree

Down And Counting (VLS)

Tripping On The Moon (VLS)

Made In Hong Kong

I Wanna Be Loved By You (Vinyl)