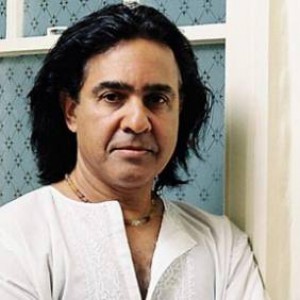 Biddu's family originally hailed from Coorg, India, but he was brought up in the city of Bangalore, India. In the 1960's, as a youth, he developed a liking for the then new pop and rock music, as he said in a media interview, listening to pop hits played on the shortwave radio band of Radio Ceylon of Ceylon (Sri Lanka), which was then popular throughout Asia. He learnt to play the guitar and in his late teens and early twenties he frequented the clubs and bars of Bangalore, and soon started a music band called ?Trojans' with a few friends.

The band found limited success belting out cover versions of The Beatles, Rolling stones, Trini Lopez and hits of other western stars of the day, in the clubs of Bangalore and also other Indian cities. The band, however, split after a while, leaving Biddu alone in the business, playing under the name ?Lone Trojan'.

Biddu had a penchant for even bigger things in popular music, and in 1967 decamped for England ? with less money and a journey through the Middle East, which he mostly made on doles handed out for singing catchy numbers and playing guitar everywhere he could. A few months after leaving India, at the age of 23, Biddu arrived in England, the country where he had dreamt of making it big; as he said in an interview to the BBC, years later: "I didn't really know too much about England or anything - I'd just come here on the chance of meeting the Beatles and doing some music. Everything that I did had this danceable flavour?.

In England, he supported himself doing odd jobs and also working as a chef in the American Embassy. He saved a few pounds before he decided to rent studio time and record his own single. The song, along with many other single-releases in the early 1970's failed to impress anyone, but gave new introductions in the music industry.