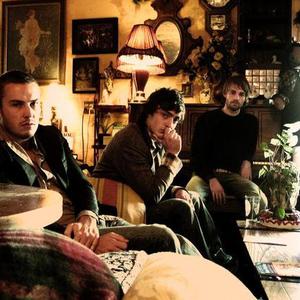 Originally hailing from Cape Town, South Africa, Civil Twilight is a power trio that draws parallels with Pilot Speed and is especially known for their similar sound to early U2, Muse, Jeff Buckley, and Radiohead. Their music has been described as having impassioned vocals and stirring, alt-rock songcraft. Brothers Andrew and Steven McKellar were raised in a musical household, having explored their father's jazz collection at a young age while listening to their classically trained mother play piano. In November 1996, Andrew launched a teenaged band with help from his high school classmate, guitarist Richard Wouters. The two scheduled an inaugural rehearsal for the following month; in the interim, Andrew discovered that his younger brother, Steven, could sing and write songs. The three musicians subsequently banded together, with Steven agreeing to master the bass and Wouters giving up the guitar (which Andrew also played) to learn drums.

Their songs have been featured in many TV spots, including One Tree Hill and Terminator: The Sarah Connor Chronicles. "Quiet In My Town" was prominently featured at the end of Season 6 Episode 3 Get Cape. Wear Cape. Fly. of One Tree Hill on The CW Network. It played for 6 minutes during the coda ? the scene of Quentin's funeral. They have also had songs on Vampire Diaries and the movie, "Underworld: Awakening". "Letters From The Sky" was featured at the end of Episode 11 of Harper's Island, after Wakefield kills Cal and Chloe commits suicide. In addition to this, the song was also featured on Season 7 of One Tree Hill, in the opening scene of the episode, You Are a Runner and I Am My Father's Son. The song has also featured at the end of the film I Am Number Four.

Story Of An Immigrant (Acoustic)

Story Of An Immigrant