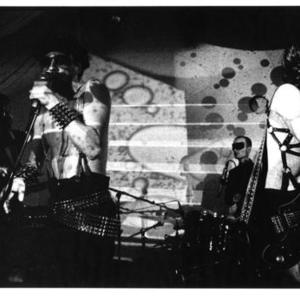 Circle is a name that has been used more than once. (1) A long-lasting avant rock band from Finland, (2) a free jazz group of the 1970s, (3) a Sydney band in the 1990s, (4) by the Sydney indie electro wonderkinds who were formerly known as Opanoni and The Raindrops. Circle (1): Formed in 1991, Circle is the most visible and prolific name in the Finnish avant-rock underground. Having survived innumerable lineup changes, the band and its founder...

Circle (1): Formed in 1991, Circle is the most visible and prolific name in the Finnish avant-rock underground. Having survived innumerable lineup changes, the band and its founder, bassist/vocalist/guitarist Jussi Lehtisalo (Pharaoh Overlord), have constantly reinvented themselves, weaving hypnotic mantras out of exacting Krautrock beats, heavy riffs, arty noise, dark psychedlia, and soundtrack-like beauty. Hard, chilly repetition has served as the lone unifying theme throughout 15 years of experiments.

Circle (2) was formed in 1970 by Chick Corea, Anthony Braxton, Dave Holland, and Barry Altschul. After one year of existence, Corea left the project to form Return to Forever, and the others went their separate ways. Cirlce left a legacy of live recordings, most notably Paris-Concert.

Circle (4): Formed in Sydney in 2004 under the name Opanoni and The Raindrops and released the EP 'Stamps and Coins' to both local and international acclaim. The EP was followed up with a fulll length album in 2006 EGBDF after which the band changed their name to Circle. Under the Circle moniker, they have release a full length album 'Just Keep Swimming' an EP in 2009 called Xmas Omas and their Molasses Sandwiches album in 2010. The band has been signed with MGM, Creative Vibes and most recently Monday Records.