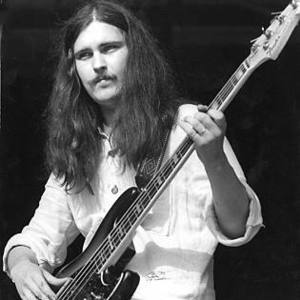 Pekka Pohjola (born January 13, 1952, died November 27, 2008) was an influential Finnish bass player, composer and band leader. His music could be categorized as progressive. His early solo records are heavily Zappa-influenced, but later he has developed his own, unique style. Some Finns even claim to hear a hint of Sibelius in his work. Pohjola was also a notable bass player, having played with Mike Oldfield and Made In Sweden in addition to numerous Finnish bands.

Pohjola studied classical piano and violin at the Sibelius Academy in Helsinki, Finland. After a stint with The Boys, he joined Wigwam in 1970. After leaving Wigwam, Pohjola played with the Jukka Tolonen Band and Made In Sweden for a short time. In 1977, Pohjola formed The Group. His first solo albums were Pihkasilm? Kaarnakorva (1972), Harakka Bialoipokku (1974, known as B The Magpie in the United Kingdom) and Keesojen Lehto (1977, known as Mathematician's Air Display in the United Kingdom). Keesojen Lehto featured and was produced by Mike Oldfield, In 1979, Pohjola released Visitation. In 1980, Pohjola's band The Group changed its name to Pekka Pohjola Group. Later that year, they released K?tk?vaaran Lohik??rme, which translates as The Dragon of K?tk?vaara Mountain. In the early 1980s, the word Group would be dropped from the band's name. In 1982, Pekka Pohjola released Urban Tango. The album Jokamies (1983, released under the title Everyman in the USA and Germany in early 1984) was inspired by Pohjola's soundtrack projects for Finnish television. Space Waltz (1985), Flight Of The Angel (1986) and New Impressionist (1987) would be Pohjola's last albums before he temporarily left the music scene. During his break, he composed the Sinfonia no. 1, which premiered live in 1989 and was released on CD in 1990.

In 1992, Pohjola released Changing Waters, which was released in the rest of Scandinavia, in Germany and in Switzerland in the Spring of 1993. His new band featured Finnish top musicians Seppo Kantonen (keyboards), Markku Kanerva (guitar) and Anssi Nyk?nen (drums), who became his regular band. In May 1995, Pohjola released Live in Japan, based on three shows in Tokyo in November 1994. Later that year, Pohjola released a double-CD Heavy Jazz - Live in Helsinki and Tokyo. In September 1997, Pohjola released Pewit, before taking another break from the music scene. In May 2001 Pekka Pohjola released Views, on which he toned down the rock-solid guitar-based sound of Urban Tango and Space Waltz. Instead, Pohjola focused more on jazz and pop-classical arrangements, leaning heavily on strings and brass arrangements. The only song on Views to feature a guitar is "The Red Porsche", after a poem written by Charles Bukowski.

Flight Of The Angel