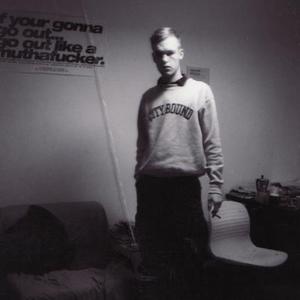 CHRISTOPH DE BABALON is known for tripping beats, dark wide spaces and eternal melancholy. He released his first record in 1994 on Hamburg's cult-label Fischkopf. This record (as well as all that followed over the next years) were extensively played by BBC-DJ-legend John Peel. Right after his debut he began working with Alec Empire's Digital Hardcore Recordings (DHR) where he, besides a couple of other records released his most important work: the legendary album 'If You're Into It, I'm Out Of It'. DHR still say that it remains their most important release.

His new release "Scylla & Charybdis" is dedicated to two unfortunate girls from Greek mythology. Once beautiful nymphs, both were jinxed to live their life as monsters.

As a co-founder of the music label Cross Fade Enter Tainment [CFET] he has been putting out records since 1994 by influential electronic hardcore producers such as Somatic Responses, DJ Scud, Kouhei, Cdatakill, Unit Moebius, Zbigniew Karkowski and Merzbow.


"The most menacing record I own" - THOM YORKE of Radiohead about "If You're Into it, I'm Out Of It"

A Bond With Sorrow