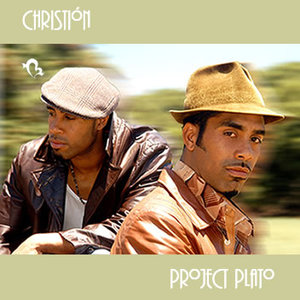 Hailing from Oakland, CA, first cousins Kenni Ski & T. Ross are known throughout the world as the sleek soulful duo, CHRISTION. CHRISTION was formed in the late nineties by Kenni Ski and his brother, original band member Allen Anthony. Even with Allen's departure to pursue a solo career, Ski's production and storytelling remain the heart and soul of the CHRISTION sound. And of course CHRISTION'S creative style of music still captivates the listener with dynamic vocals and compelling visions of the inner city, relationships, and life's struggles.

When it was time to update the group's sound, and answer the public's repeated request for more CHRISTION material, Ski knew just who to call. T-Ross officially joined the group in 2003 to help deliver their latest offering, ?Project Plato.? The new album is a follow-up and direct link to CHRISTION'S first critically acclaimed effort, ?Ghetto Cyrano.? Since the group's conception, Christion has sold over 750,000 units individually, and have also lent their unique talents to gold and platinum soundtracks and compilations. The Oakland Tribune even dubbed them, "the next heirs to the Marvin Gaye and Curtis Mayfield throne.?

How did it all start, you ask? Well after years of demos and performing throughout California, Damon Dash & Jay-Z, Co-CEO's of the newly formed Roc-A-Fella Records received a demo of Christion's music from a mutual friend, Shelly Fontana. After hearing ?Full of Smoke? & ?The Ghetto,? Damon and Jay-Z knew they had struck gold, and wasted no time signing the group to Roc-A-Fella. ?Full of Smoke? was the first single Roc-A-Fella released on the unsuspecting ears of the public, and it took off like a missile. The song, a chilling tale of a street hustler coming to grips with his lifestyle, struck a chord with millions of R&B and Hip Hop fans in the inner cities and throughout the world. The amazing production, soulful vocals, and heartfelt lyrics were a breath of fresh air in a time of musical mediocrity. It was obvious to anyone who heard the song that there was a major new talent emerging in the R&B music scene. ?Full of Smoke? helped to establish a unique sound that would soon be dubbed, ?Neo-Soul.? The song was followed by the Prince-esque ?Bring Back Your Love? and the group's spot-on remake of the Rose Royce classic, ?I Wanna Get Next To You?.

After the success of their first CD, "Ghetto Cyrano," Christion's sophomore album was delayed. They did however contribute tracks to Roc-A-Fella Soundtracks and Compilations ?Streets Is Watching (1999)?, ?DJ Clue presents? Backstage (2000)?, and ?The Roc Files (2003). While ?Ghetto Cyrano? oozed of Marvin Gaye, Curtis Mayfield & Smokey Robinson, ?Project Plato? embraces all the spectrums of ?True Soul? with hints of James Brown, Sly Stone, Prince, and Cameo while still incorporating their signature smoothness and storytelling. As with ?Ghetto Cyrano?, Christion pens all the songs on ?Project Plato? with additional writing by Bikram Singh and Ezra. Kenni Ski takes the rein as Producer, with additional Production by Rodney Z., B-Square, Trae James, T. Smith and Shea Walsh.

While working on Christion's current LP "Project Plato," T. Ross was asked his opinion on the current state of the Hip Hop/R&B market. T. Ross comments, "Shit has got to change; it's appalling the amount of brain poisoning crap they have on TV and radio, compared to the lack of anything symbolizing real life and real issues. I'm not trying to put anyone down, but what happened to the soul? We need fantasy and reality in today's music, the kids got a right to know."

Reality is definitely explored, questioned, and discussed in Christion's songs. Ski says he writes from first hand experience and youthful wisdom. Christion takes you on a journey of street consciousness with the song "No Place," gives you fond memories of wearing out your Stevie Wonder and Michael Jackson albums with the song "Do Ya Dance," and the two young men give you an insightful look into their world with the beautiful ghetto anthem, "Broken Streets."

"Everyone says they're tired of the same old stuff on the radio, but no one wants to take a chance on the real music,? says T. Ross. Ski adds, ?Believe me, there is a market for real talk, Christion proved it before and we intend to do it again".

Whatever you choose to call Christion's music, you won't forget the experience anytime soon. . .

I Wanna Get Next To You (CDS)