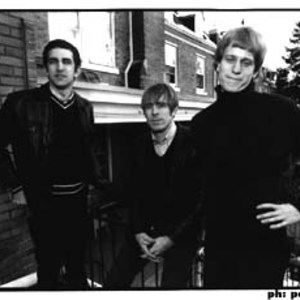 Formed in 1990 while the members were students at the University of Notre Dame, Chisel later relocated to Washington D.C., and was one of the first revivalist bands of the denim-clad mod/punk movement that would inspire the likes of the Mooney Suzuki and the Delta 72. Under the indomitably energetic songwriting of singer/guitarist Ted Leo, the trio included bassist Chris Norborg and drummer John Dugan. Chisel built a strong fan base before they had a sizable discography by touring with a host of popular indie bands -- including Blonde Redhead, Karate, and Fugazi -- through the early '90s.

Their first official single releases -- Sunburn, Nothing New, and The Guns of Meridian Hill -- were released on Gern Blandsten records and were critical successes, combining the legendary garage sound of the '60s with Ted Leo's complex, melodic ideas. In 1996, Chisel's debut full-length, 8 AM All Day, took these combinations further and solidified their underground cult following. Following the 1997 release of Set You Free (also on Gern Blandsten), Chisel disbanded. Leo went on to record solo and with Ted Leo and the Pharmacists.