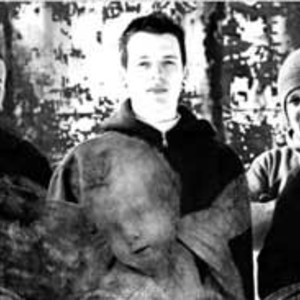 7 Angels 7 Plagues formed in 1999 from the scraps of local Milwaukee bands "Castahead" and "Intercede." The Original line up included Temo Rios on Vocals, Matt Matera and Ryan morgan on Guitar, Jared Logan on Drums and Dave "method" on bass (who wouldnt even make the first recording before he quit the band.) After writing a few songs and playing several shows around the area 7 Angels 7 Plagues would make their way up to minneapolis to demo the songs.

Soon after Kyle Johnson would join on Bass (6 months after the band officially started.) From Here 7a7p went on to play several shows across the midwest with no real tours up to this point. Matthew Mixon (formerly of End this Day) would join the band months after. From this point 7a7p would go on to write and record "Jhazmyne's Lullaby" and do several tours around the us with bands such as Hopesfall, Arma Angelus, Unearth, Diecast and others. Matthew Mixon would quit the band about a year and a half later bringing Temo Rios (original singer) back into the picture. The band would continue to tour until shortly after he joined, Temo would quit the band for a second time. Shortly after 7a7p would play Hellfest with Matt Mixon filling in on vocals and meet up with their future singer Jesse Zaraska formerly of Compromise based out of Edmonton, Alberta. Jesse went on to do a Milwaukee show and Furnace Fest before 7 Angels 7 Plagues broke up for good in 2002.


The band in its entirety reunited in 2005 to play three charity shows with Misery Signals, and again for a final time on August 5th, 2006 in Fredericksburg, Virginia.