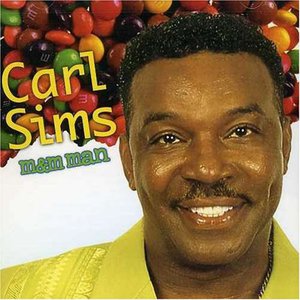 Carl Sims is a Soul and Blues singer. He began his career in music at the age of 16 as one of the original members of the Bar-Kays in the mid 1960s. When he released his first solo album "House of Love", it became a successful. This was thanks to the albums hit song, "Trapped." Known for his distinguished voice and music style, he continues recording albums. His most recent albums include "I'm Ready" and "Can't Stop Me", both released on Ecko Records.

Let Me Be The One