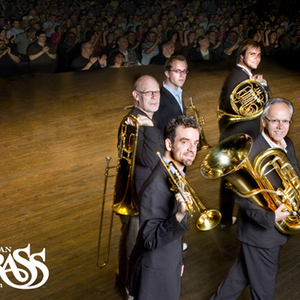 Canadian Brass is a brass quintet founded by Charles Daellenbach, Stuart Laughton, and Gene Watts in 1970. In addition to maintaining a heavy touring schedule, the Canadian Brass have recorded nearly seventy albums. They have commissioned, performed, and recorded hundreds of transcriptions and original works for brass quintet. They are best known for their ability to seamlessly cross between classical and jazz styles. They are also known for their unique performance attire, consisting of black suits coupled with white gym shoes.