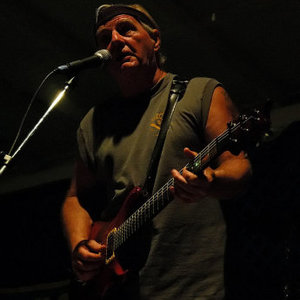 Bugs Henderson was born in Palm Springs, Calif., in 1944 and grew up in Tyler, Texas. At age 6 he picked up his first guitar, and in the early 1960s he began working in a record store in Tyler. Beginning his own band, the Sensors, at age 16 he soon joined his friend, Ronnie Weiss, in a band called Mouse and the Traps. Mouse and the Traps charted its first song, "Public Execution" in 1966. This is where he earned his name "Bugs" overshadowing his real name, Buddy.

Back Bop! The unreleased '82 sessions

Call of the wild (Live at the Meisenfrei) (disc1)

Call of the wild (Live at the Meisenfrei) (disc2)

Daredevils Of The Red Guitar

Years in the jungle

Have Blues... Must Rock

Adventures Of The Shuffle Kings