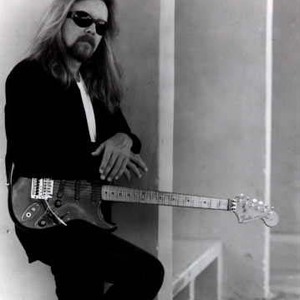 Guitarist Les Dudek has played with some of rock and pop's biggest names (Stevie Nicks, Steve Miller, Dave Mason, Cher, Boz Scaggs, and the Allman Brothers Band, among others), in addition to issuing solo albums on his own. Born on August 2, 1957, in Rhode Island, Dudek began playing guitar at the age of 11 (first inspired by such pop hitmakers as Elvis Presley and the Beatles), and only three years later, would sneak into bars to play with bands. It was during his teenaged years that Dudek discovered such blues masters as Freddie, Albert, and B.

. King, as well as such then-modern day blues rockers as Paul Butterfield and Steve Miller. By the early '70s, Dudek was residing in Florida, playing in the obscure group Power, whose keyboard player was friends with the Allman Brothers' Dickey Betts. Soon a friendship was struck up between Betts and Dudek, as Betts contemplated forming a side band in addition to his Allman duties. The duo cut some demos, but the group was disbanded when work on the Allman's classic Brothers and Sisters album got underway. But Dudek was present for the recording sessions, laying down some guitar lines alongside Betts on "Ramblin' Man" and helping co-write one of the Allman's best-known songs, "Jessica" (for which Dudek also played on).

After his brief detour with the Allman Brothers, Dudek signed on with Boz Skaggs, playing with him for five years and appearing on the 1976 release Silk Degrees. Dudek became friends with one of his main guitar influences during this time, Steve Miller, leading to a co-headlining tour between Skaggs and Miller, which saw Dudek appearing with both artists each night. (Miller would subsequently record a few of Dudek's original compositions, including "Sacrifice" for his Book of Dreams release, while Dudek also played on Miller's Fly Like an Eagle album.) A planned acoustic tour with just Dudek and Miller was shelved at the last minute, as Dudek returned for a tour with Skaggs. With all this activity, Dudek still found time to sign a solo deal with Columbia Records, issuing four albums between 1976 and 1981 -- 1976's self-titled debut, 1977's Say No More, 1978's Ghost Town Parade, and 1981's Gypsy Ride -- as well as launching the DFK Band (which saw Dudek joined by keyboardist Mike Finnigan and guitarist Jim Krueger), who issued a lone, self-titled release in 1979.

Dudek also played with Cher briefly in the early '80s, as the famous singer attempted to launch a rock-based outfit, Cher & Black Rose, which failed to get off the ground due to record label turmoil. Cher launched her successful movie acting career shortly thereafter and even helped Dudek land a bit part in 1985's Mask as a boyfriend (Cher and Dudek demoed a song for the movie which has remained unissued). Dudek then guested on Stevie Nicks' 1985 release, Rock a Little, and was the guitarist on the album's ensuing tour. The '90s saw Dudek return to his blues roots, as he appeared on Steve Miller's back-to-basics release, 1993's Wide River, and issued his fifth solo release overall, 1994's Deeper Shade of Blues. ~ Greg Prato, All Music Guide