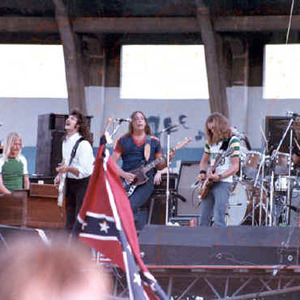 Within a year after leaving The Outlaws Henry founded the Henry Paul Band, debuting in 1979 with the album Grey Ghost. It included songs such as "So Long" and "Grey Ghost", which was dedicated to the memory of Lynyrd Skynyrd's Ronnie Van Zant. The band recorded three more albums including Feel The Heat, which had more of a rock edge and included the title track as well as "Whiskey Talkin'." Their third album, Anytime, included the top-40 hit "Living Without Your Love" and live show highlight "Crazy Eyes.

In 1983 the Henry Paul Band disbanded as Henry reunited with Hughie Thomasson of The Outlaws. Their collaboration led to the 1986 release of The Outlaws' Soldiers of Fortune. He remained with the band until 1989, when he left again to start a new career in country music, founding BlackHawk in 1991. Van Stephenson and Dave Robbins joined Henry in BlackHawk to create a new blend of country music, using three-part harmonies and introspective songs.