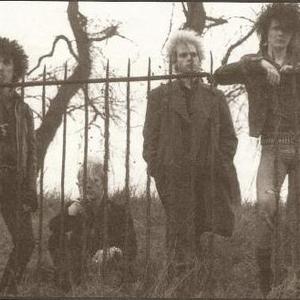 Broken Bones is a British hardcore punk band. Formed by guitarist Tony "Bones" Roberts in 1983 after he left Discharge, Broken Bones played an important role in influencing the emergence of thrash metal. The band themselves later adopted thrash influences. The original lineup was comprised of Tony's brother Tezz (also a former member of Discharge) on bass, Nobby as the vocalist and drummer Bazz. Their first single release was the January 1984 "Decapitated". The follow up single "Crucifix" was released in May of 1984.

More followed in F.O.A.D's footsteps. They took a more thrash metal approach on Losing Control. With this album original members Nobby, Baz and Tezz, left with bassist Oddy and vocalist Quiv filling the lineup. Two more were to follow with the 12 inch release "Religion is Responsible" and another album "Stitched Up". After these albums release, the band's touring and recording fell into remission.

In 1998 Broken Bones reformed. They released their first studio album in 8 years, "Without Conscience" in 2001 and in 2004, they released "Time For Anger, Not Justice". Both albums bring the band back to their roots as they play the brand of hardcore they're most well known for. They still gig and tour regularly to this day. They were the last band to play before 2006's ill-fated British Invasion concert in San Bernardino was shut down. It is said that they had a part in helping to provoke the riot, but no proof has surfaced to prove these claims.

Broken Bones has been cited as an influence by some of today's most prominent punk and hardcore acts such as Defiance and Chaotic Alliance. They have also been key in the development of thrash metal (and it's offshoot, crossover thrash) as bands such as Metallica and Slayer have cited them as being a key influence.

Fuck You & All You Stand For!

Time For Anger, Not Justice