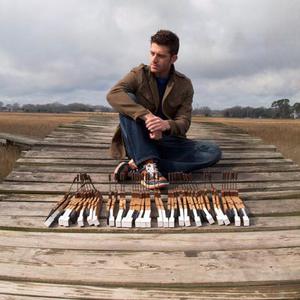 Brendan James is an New York-based Irish singer-songwriter originally from Derry, New Hampshire, but currently residing in New York City. In the fall of 2007, Brendan self-released his EP The Ballroom Break-In produced by Mikal Blue, who has recorded with Colbie Caillat. The album charted on iTunes Top 100. The Ballroom Break-In is symbolic of the days when he first moved to New York -- he could not afford practice space so he would sneak into hotel ballrooms to practice on their pianos. After the success of his EP, James was signed to Decca Records.

Brendan released his debut full-length album, The Day is Brave, through Universal/Decca Records on June 3, 2008, in the United States, and on June 17, 2008 in Canada. It was also produced by Mikal Blue. It debuted on the Top 10 Billboard Heatseeker Charts, with Newsweek, Entertainment Weekly, and celebrity blogger Perez Hilton all praising his debut effort and was ranked as the tenth most selling folk-rock album on iTunes. "Hero's Song," appeared on the soundtrack album Body of War: Songs that Inspired an Iraq War Veteran. "The Sun Will Rise" appeared in the ABC drama Private Practice in 2007, and the episode "The Bone That Blew" in the FOX series Bones. Brendan's self-titled second studio album produced by Warren Huart was released on September 7, 2010.

The Day Is Brave