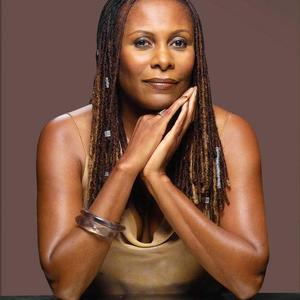 Brenda Russell is an adult-contemporary singer-songwriter that hit the music scene in 1979 with her debut album "Brenda Russell". Her sister is rumoured to be none other than, Donna Summer, the queen of Disco. The release featured her her first hit song, "So Good So Right". The story goes, it came up while washing dishes and, still wearing an apron, she rushed to the piano wrote it down. The album also featured the hit "If Only for One Night" which was later covered by Luther Vandross.

Brenda's greatest success came in 1988 with the release of her third album, "Get Here". It featured the hit singles "Get Here" and "Piano In The Dark". At the 31st Grammy Awards, Brenda was nominated for Best Pop Vocal Performance - Female for "Get Here". "Piano In The Dark" was nominated for Song of The Year and Best Pop Vocal Performance by a Duo or Group (there was a duet? -- duet vocal was by Joe Esposito of Brooklyn Dreams). "Get Here" was later a hit cover by Oleta Adams.

Nearly all her songs were written by herself. Some of her compositions are also performed by others like Roberta Flack, Diana Ross, Patrice Rushen, Patti Austin, Donna Summer, Chaka Khan, Fantasia, Ruben Studdard, Justin Guarini, and very successfully by the aforementioned Luther Vandross and Oleta Adams.

Russell is also a chief songwriter and lyricist for the hit Broadway musical "The Color Purple". In 2005 she saw a Broadway musical version of Alice Walker's The Color Purple. Produced by Oprah Winfrey, the show's score is written by Russell and lyricists-composers Allee Willis and Stephen Bray. Russell and her co-writers were nominated for a Tony Award (for Best Score) and a Grammy Award (in the Best Musical Show Album category).

In The Thick Of It The Best Of Brenda Russell

Between The Sun And The Moon

Kiss Me With The Wind