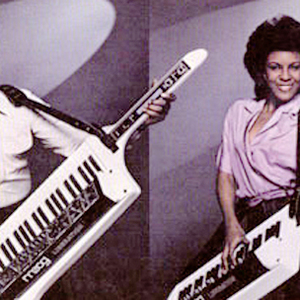 Ren? & Angela are an early-'80s soul duo from Los Angeles. Before forming in 1977, Ren? Moore -- the brother of Rufus' Bobby Watson -- played with the Brothers Johnson; Angela Winbush had sung backup vocals for Dolly Parton, Lenny Williams, and Jean Carn. Ren? & Angela had their first R&B hit for Capitol Records in 1980 and proceeded to have seven other hits over the next three years. In 1985, the duo switched to Mercury, where they had the number one R&B hit "Save Your Love (For #1)" with their first single from the album Street Called Desire.

Over the next year, the group had three other Top Ten hits -- including the number one R&B single "Your Smile" and the number two "You Don't Have to Cry" -- before pursuing solo careers in the mid-'80s. ~