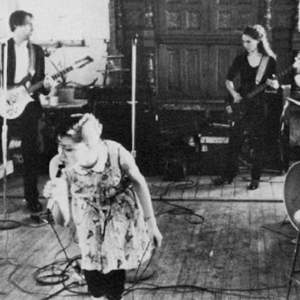 There are at least 2 artists named Breakfast Club. One is from the USA and the other one is from Czech republic. Despite releasing just one album over a decade together, Breakfast Club will always have a place in the history books as the band that featured two of Madonna's ex-boyfriends ? drummer Stephen Bray and singer Dan Gilroy ? as well as the Material Girl herself, for a short time in her pre-fame days.

Despite releasing just one album over a decade together, Breakfast Club will always have a place in the history books as the band that featured two of Madonna's ex-boyfriends ? drummer Stephen Bray and singer Dan Gilroy ? as well as the Material Girl herself, for a short time in her pre-fame days. The New York-based group formed in the late '70s, around the core of Gilroy and his guitarist brother, Ed. By 1979, the lineup featured bassist Angie Schmit and Madonna on drums, but Madonna left after reportedly angling for the lead vocalist's job. She would next go on to form her own band, Emmy, with her old Michigan friend Bray as the drummer and Gary Burke (who was also playing at the same time with the Gilroys) on bass. Madonna eventually began marketing herself as a solo act in the early '80s, armed with songs she and Bray had co-written, and that spelled the end of Emmy. But after the group dissolved, Bray joined the Gilroys and Burke in Breakfast Club, and the quartet signed to Ze Records. Despite Madonna's escalating stardom and the obvious chance at some residual success for Breakfast Club, no recordings surfaced, however, and the group later signed with MCA. The band's eponymous first album was released in early 1987, preceded by the Top 40 hit "Right on Track." Dan Gilroy and Bray wrote most of the nine songs and Bray also added his production expertise to several of the catchy pop and R&B numbers, but his golden touch with Madonna (for whom he'd co-written and produced several hits) didn't quite carry over. Next single "Kiss and Tell" was a minor hit. Two further singles, "Never Be the Same" and a cover of the old Gamble-Huff composition "Expressway to Your Heart," dented the lower reaches of the charts. The band was nominated for a Best New Artist Grammy Award in 1987. They followed-up their Grammy nomination by recording a cover of The Beatles' "Drive My Car" for the soundtrack of "License To Drive." Again, it was a minor hit. The band's second album was never released and Breakfast Club broke up shortly afterward.

According to the Right On Track Songfacts, Dan Gilroy went on to an acting career, playing parts in children's shows such as 1990's Mother Goose Rock 'n' Rhyme and the 1990s TV series Mrs. Piggle-Wiggle. Both of these projects involved Jean Stapleton and Shelly Duvall.

The Czech band Breakfast Club is from Orlov? and plays fast and chaotic hardcore.