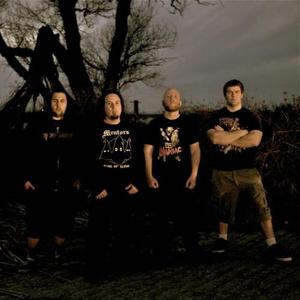 American death metal band Brain Drill started in the summer of 2005 in Ben Lomond, California by Dylan Ruskin on guitars as a sideproject. After parting from his main band Burn At The Stake, he began looking for drummers that could actually play death metal and not just claim they could. After meeting Marco Pitruzella, the former drummer of Vital Remains, Vile, Vornagar, atrocious hysteria, Numa, and a few other extreme metal bands, it was obvious that he would fit in with the band s spastic mentality. After a few months of jamming Steve Rathjen entered the band.

Brain Drill entered the studio on march 1st 2006 to release their first 6 song EP. All 6 of the drum tracks were done the day before recording in one take by Marco Pitruzella. There was no editing and nothing was done over, he busted it all out in a matter of under 2 hours with no help from any computers or metronomes in the process. The next day the guitars and bass were added by Dylan and produced by Zack Ohren at Castle Ultimate Studios. On May 9th Steve entered Castle Ultimate to lay down the vocal tracks. He had only 4 days to learn the songs and lyrics and laid them all down in under 3 hours. Unfortunately he left the band shortly after the recording due to stylistic differences.

Steve would later reclaim vocals once the original Parasites demo was signed by Metal Blade Records.

The band then released 'Apocalyptic Feasting' in 2008 by Metal Blade Records.

In the winter of 2008 Marco and Jeff both left the band due to touring complications. A few months later in the summer of 2008 Ron Casey of Flesh Consumed and Ivan Munguia was then added on as the new permanent drummer and bassist. Knowing Ivan had been in bands such as odious mortem and fetus by the pound it was not even difficult for him to quickly pick up the bass tracks.

The band has since released their sophomore album titled 'Quantum Catastrophe' in 2010.

With a following that grows by the thousands everyday, Brain Drill continues to destroy the minds of people everywhere.