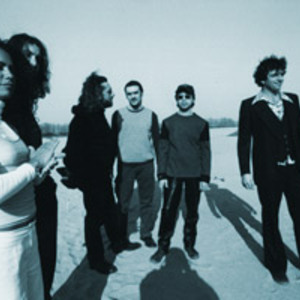 Bossa Nostra is a band of up and coming stars from Italy and their debut CD features a mixture of self penned acid bossa grooves which feature a prodominent acoustic piano, sax and percussion sound. If you have heard the wonderful Solsonics trip called Jazz in the Present Tense, then stand by, fasten your seat belts and get ready for Bossa Nostra. ?The message from the soul sisters? (Track 2) is a jazz vocal which suggests Maysa Leak from Incognito meeting seventies soulster Patti LaBelle.

?The message from the soul sisters? (Track 2) is a jazz vocal which suggests Maysa Leak from Incognito meeting seventies soulster Patti LaBelle. This is definitely an album for the summer and getting out and about in that cabriolet with the roof down and the wind blasting through your thatch. This set will get the pulse rising faster than Pam Anderson bikini out-takes from Baywatch.

The album's highlight has to be ?Solaria,? right out of the top drawer from any George Duke or Grover Washington album with the clarinet led groove laid over an uptempo bossa rhythm. The album sways from funk to groove to bossa to wah-wah guitar and resolutely leaves ?no room? for boredom.

This is a sound for today and definitely THE album for the summer of '97.

If you ever wanted to get into the bossa deal and were always afraid to be ?Too Square To Samba,? here is one outlet where rhythm meets some excellent funky cuts to offer a taste of Europe just waiting to escape into your cd player and out of those bass bins.