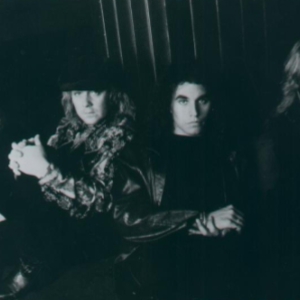 Bonham was a melodic metal outfit founded by Jason Bonham, the son of Led Zeppelin's legendary drummer John Bonham. So it was no surprise to anyone that Bonham's music would incorporate touches of Led Zeppelin's sound into their grandiose brand of rock. Drummer Jason Bonham had recorded with bands such as Airrace and Virginia Wolf before getting some major recognition playing on Jimmy Page's solo album Outrider.

After that tour he recruited Canadian Daniel MacMaster (vocals), Ian Hatton (guitar) and John Smithson (bass and keyboards) to form the band that would take his last name as its moniker. The group burst upon the U.S. music scene with their Bob Ezrin produced debut album. It would go gold behind the hit singles "Wait For You" and "Guilty", and reach #38 on the Billboard charts.
But a two-year tour promoting the successful album took its toll on the young musicians and tensions began to form. Mad Hatter was a huge commercial disappointment compared to the debut, and the end was near. The nucleus of the group decided to try a new sound and got a new singer, Marti Fredericksen, as well as a new name, Motherland. But Motherland was short-lived, and Jason Bonham decided to pursue a solo career. MacMaster formed a short-lived band called Scorcher before pursuing a solo career - his first solo release even included unreleased Bonham material.

The Disregard of Timekeeping (Remastered 2009)