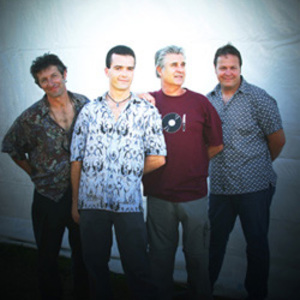 Describing themselves as a leading force in Australian rhythm and blues, the Cigars have been playing tight, hard-driving and down to earth R&B since their founding in 1989. The band line-up includes co-founders Shane Pacey (vocals and guitar) and Alan Britton (bass and vocals), together with long-standing members Eben Hale (guitar and vocals) and Frank Corby (drums). The Bondi Cigars have been honoured with many blues and roots awards.

The Bondi Cigars have been honoured with many blues and roots awards. Apart from their established place in the Australian pub and touring scene, the band received wider recognition with their appearance on the soundtrack for Australian drama series SeaChange.

Their sound can be described as a mix of rhythmic, rootsy grooves and flavours of blues, soul, funk, pop rock and R&B.