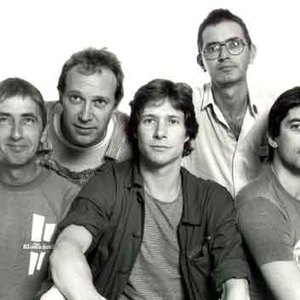 The Blues Band were formed in Britain in 1979 by Paul Jones, former lead vocalist and harmonica player with Manfred Mann in the 1960s, and vocalist/slide guitarist Dave Kelly, who had formerly played with the John Dummer Blues Band, Howlin' Wolf and John Lee Hooker among others. Also in the band's first line-up were bassist Gary Fletcher, Jones's former Manfred Mann colleague, guitarist Tom McGuinness, and drummer Hughie Flint, the two latter having been the mainstay of McGuinness Flint.

They originally got together just for fun, but in the process stayed together far longer than any of their previous groups had ever managed to do.[citation needed]

Their first album, The Official Blues Band Bootleg Album, a mixture of blues standards and original songs ? notably the Jones-McGuinness composition "Come On In", and their long-standing stage favourite "Flatfoot Sam" - initially attracted no interest from major record companies, so they pressed a limited run of 3,000 themselves, hand-stamped their logo on the cardboard sleeve, and signed them all. After unqualified endorsement from BBC Radio 1 presenter Simon Bates and others, media interest resulted in a recording contract with Arista Records, who gave the album an official release.

In 1982 Flint left, and was replaced by former Family drummer Rob Townsend. They briefly disbanded later that year after recording a live album, Bye Bye Blues, released in 1983, but reformed soon afterwards. They have remained a constant factor on the music scene ever since, unfazed by lack of chart success (after the first few years, as demonstrated below), happy to combine a regular schedule of touring and recording around their other commitments. More recent albums include Back For More, Homage, Brassed Up, Wire Less, Fat City, and Thank You Brother Ray, the last being a set of cover versions of Ray Charles songs, recorded as a tribute.

Jones, McGuinness and Townsend are also members of The Manfreds, a virtual reincarnation of Manfred Mann, though because of the non-participation of the eponymous keyboard player of the 1960s outfit, legal reasons and courtesies require them to assume the name 'Manfreds'. Jones and Kelly sometimes play gigs as a duo, and Kelly performs with The Dave Kelly Band (generally The Blues Band without Jones).

As the band themselves often joke, "The music industry doesn't bother us and we don't bother them."