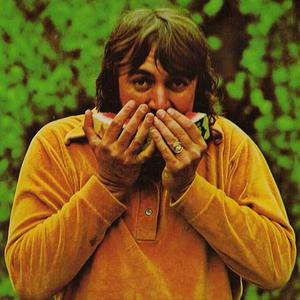 Bobby Charles was actually born Robert Charles Guidry in Abbeville, Louisiana circa 1938. A regional New Orleans swamp pop fave, whose best known song was "See Ya Later Alligator". That track became a top 20 hit on Chess records in 1955, after a southern Louisiana record store owner hipped the Chicago based R&B label. Bill Haley may have made the song even more popular and accessible a year later, but Charles was first out the gate.

He recorded more early self composed sides for Chess like "Ain't Gonna Do It No More" & "Take It Easy Greasy", "No Use Knockin" featuring hot backing musicians like Lee Allen on sax, Charles Williams on drums and Justin Adams on gtr.

By 1958, Bobby Charles (aka on songwriting credits as R.Guidry) started releasing material on The Imperial label. After a year of nominal success on Imperial the Bobby Charles name began showing up mostly doing other writers material on a variety of mainly one off singles on labels like Farie, Hub City, Jewel and Paula until he simply seems to disappear from the record biz circa 1965.

By 1972, Charles had resurfaced in Woodstock, NY and released three singles from a self titled album on Bearsville in the early 70's, including production and co-writing credits from Rick Danko of The Band. Bobby Charles later appeared with Dr. John at The Band's 1978 farewell concert captured on film in The Last Waltz.

Charles most lasting contributions beyond his early Chess rock n roll rave ups, may have been as a songwriter, contributing what some might call Fats Domino's signature tune "Walkin to New Orleans", as well as Clarence Frogman Henry's biggest chart hit "But I Do". He is basically retired, living in Louisiana near the Gulf of Mexico, but recently shared co-writing credits on six of 13 tracks on the 2008 Dr. John album "City That Care Forgot" and came through with "Homemade Songs", his first release since his 2004 collection of rarities, "Last Train to Memphis". As Bob Dylan said in the liner notes to his 2008 album : 'The boy could sing like a bird. He still does, as a matter of fact."

Bobby Charles passed away January 14, 2010, at age 71, after collapsing at his home in Abbeville, Louisiana. He was due to release a new album, "Timeless," featuring new material. He saw the final design for the album's artwork, but died only weeks before its scheduled Feb. 23 release.

Forever and a Day

Wish You Were Here Right Now