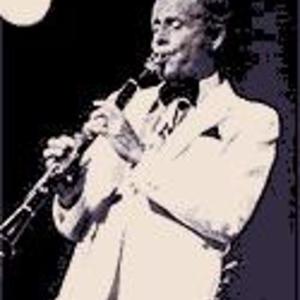 Throughout his long career, Bob Wilber has done a lot to keep classic jazz alive. A bit misplaced (most jazz players of his generation were much more interested in bop and hard bop), Wilber (along with Kenny Davern, Ralph Sutton, and Dick Wellstood) was one of the few in his age group to stick to pre-bop music. In high school he formed a band that included Wellstood, and as a teenager he sat in at Jimmy Ryan's club in New York.

Early on he became Sidney Bechet's prot?g? and led his own young group, the Wildcats (with whom he made his recording debut). The close association with the dominant Bechet led to a bit of a personality crisis in the 1950s as Wilber sought to find his own voice. He studied with Lennie Tristano and formed the Six, a group that tried to modernize early jazz. When that ended, he played Dixieland with Eddie Condon, and in 1957 joined Bobby Hackett's band for a year. Wilber freelanced throughout the 1960s, in 1968 became a founding member of the World's Greatest Jazz Band, and in 1973 he formed Soprano Summit with Kenny Davern, one of the top swing-oriented groups of the decade. A few years later the band broke up and Wilber teamed up with his wife, singer Pug Horton, in Bechet Legacy (which also featured either Glenn Zottola or Randy Sandke on trumpet).
In addition, Bob Wilber has worked with the New York Jazz Repertory Company, released music on his own Bodeswell label, wrote the authentic soundtrack to the movie The Cotton Club (1984), in 1988 led a band at Carnegie Hall to celebrate the 50th anniversary of Benny Goodman's famous concert, and authored his frank memoirs, Music Was Not Enough. Influenced on soprano, clarinet, and alto by respectively Bechet, Goodman, and Johnny Hodges, Wilber has long had his own sound on each of his instruments. He recorded frequently through the years for many labels, including Arbors in the '90s and 2000s.

Unrecorded Arrangements For Benny Goodman Vol. 1 (With The Tuxedo Big Band Of Toulouse)