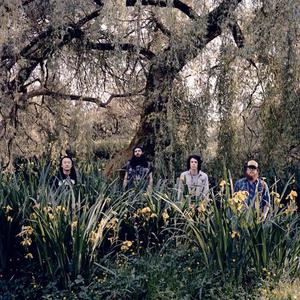 When Bison took its first step, amps were scorched and drums were smashed. Born of the ashes of seminal Vancouver skate-thrash band S.T.R.E.E.T.S., Bison are every head banger's dream. Their riffs are colossal and flow like a mighty river into a sea of fuzzed out shredding. Their message is punk rock angst and revolution, with the occasional nod to white wizards, the king of swine and a mythical beast called the "Stokasaurus".

For their debut album Earthbound they've managed to capture their massive live sound on tape with the help of Jesse Gander (The Hive). In a perfect world Bison will be playing with High On Fire at your favorite dive bar, all of your friends will be there and a beer will cost a quarter. By the end of their set their amps will be in a ruined heap on top of the drum kit and somebody will be bleeding. It better be you.

They added the B.C. in order to avoid any legal complications with bands already using the name "Bison".