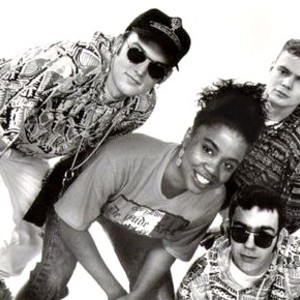 Bingoboys are a dance music trio from Vienna Austria who had two chart entries on the Hot Dance Music/Club Play chart in 1991. Their debut single, "How To Dance," hit #1 on the dance chart and climbed to # 25 on the Hot 100. It contained samples from "Dance, Dance, Dance" by Chic, "Dance (Disco Heat)" by Sylvester, "Kiss" by Art of Noise featuring Tom Jones, and spoken male dialog from an instructional guide on "how to dance."

Group members are Klaus Biedermann, Paul Pfab and Helmut Wolfgruber. Vocal duties on "How To Dance" were performed by Princessa, a female rapper from New York. "How To Dance" is officially credited to Bingoboys featuring Princessa. The dance instructor vocals in the song "How To Dance" were sampled from a K-Tel disco instructional album released in the 1970s. They released the album The Best Of Bingoboys in 1991.

A follow-up single, "Borrowed Love," hit #32 on the dance chart and #71 on the Hot 100 later in the year. Princessa rapped on that track and it also featured vocals by Arnold Jarvis.

They released another album, Color Of Music, in 1994, but it was only a European release. Singer ViVIAN Sessoms replaced Princessa. The group broke up soon after.

How To Dance (CDS)