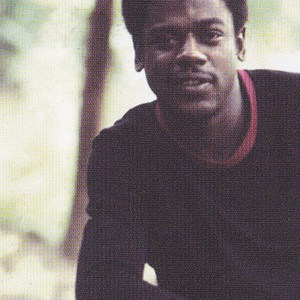 "People let me take you down to the Chitlin' Circuit. Pulling out of Jackson/Heading to Mobile/Gonna stop in Baton Rouge/Then it's on to Greenville/DJs playin' my music on the radio/And when I come to town everybody want to see the Bill Coday show/On the Chitlin' Circuit/Everybody's having a ball/Playing another hole in the wall." Those lyrics are taken from Bill Coday's song "On The Chitlin' Circuit" that references that famed part of the Deep South where modern Southern Soul Blues still lives and Bill Coday is a legend.

Those lyrics are taken from Bill Coday's song "On The Chitlin' Circuit" that references that famed part of the Deep South where modern Southern Soul Blues still lives and Bill Coday is a legend.

Born May 10, 1942, in Coldwater, Mississippi, Coday, the second of twelve children, was brought up in rural Arkansas with a strong religious Baptist background. Like many other great R&B singers, Bill was brought up singing gospel in church choirs and local quartets. Soon he crossed over to the Blues and began performing in juke joints around Blytheville, AK, with a band that included blues guitarist Son Seals Jr. He moved to Chicago in 1961 was spotted by Denise LaSalle while he was performing at the Black Orchid club. "Denise and her former husband, Bill Jones, owned Crajon Records. They signed me to their label, changing my name from "Chicago Willie" to "Bill Coday."

Bill Coday CrajonLaSalle teamed Coday with Memphis soul icon Willie Mitchell (co-architect of the Al Green/Hi Records sound). Coday's first singles for Crajon Productions were "Sixty Minute Teaser" and "I Get High on Your Love". "They did fairly well, but it was the next record that would launch my career in the R&B field". That next singlewas "Get Your Lies Straight," that put Coday on the map when he charted at #14 on the R&B charts in 1971. The follow up single was leased to Galaxy Records and "When You Find a Fool, Bump His Head," (a LaSalle composition) reached #48 R&B in summer 1971.

In 1973 Coday was signed to Epic Records, resulting in the minor hit "I'm Back To Collect" and a couple other singles including "A Man Ain't A Man" & "I Don't Want To Play The Game". Following this brief alliance Bill's recording days pretty much dried up for the next two decades. He still made a living on the road and "may have recorded in Muscle Shoals" in the late 70s (Bill doesn't remember). He was also briefly affiliated with Phil Walden, founder of Capricorn Records but they didn't see eye to eye so Bill parted ways and went back on the road. In 1984 it was LaSalle again that jump started Bill's career, hiring him as an opening act which eventually led to a recording contact with Ecko Records. So finally in 1995 Coday's second full length recording (if you count a 1978 collection of Crajon singles) was released and quickly became a hit on the "Chitlin' Circuit" with such colorful songs like "Her Love Is Good Enough To Put In Collard Greens" & "Dr. Thrillgood". The set also included and update of is signature hit, "Get Your Lies Straight". Five more CDs followed for Ecko until he decided to start his own record label, B & J Records, with partner James Wolfe. His first release was "Jump Start".

Put Me In The Mood