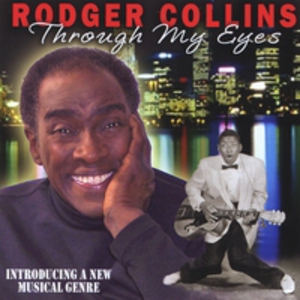 Rodger Collins the funky legendary soul singer signed to Galaxy, a subsidiary of Fantasy Records, once topped the Rolling Stones on the Billboard's Hot 100 charts with "She's Looking Good" in 1967. "She's Looking Good" was covered by greats such as Wilson Pickett, Howlin' Wolf and Tom Jones. Collins also released the singles "Get Away From Me", "Your Love, It's Burning". The 1970's regional fave "Foxy Little Girls In Oakland" has evolved into a cult fave with new contemporary audiences of college listeners.

It's no wonder Collins lit up radio station request lines back in the day with these oldies-but-goodies hits.

The release of "Sexy Sugar Plum" and "I'll Be Here (When the Morning Comes) were the last for the Fantasy label. Remarkably "Sugar Plum" has been a R&B classic in the European markets until today. Collins was signed for 9 years with Galaxy/Fantasy, and played the circuit through the early 1970's, sharing bills with notable acts like Joe Tex, Wilson Pickett and Jackie Wilson, just to name a few. He shared the bill with Elvis, Ike & Tina Turner and Redd Foxx at the Hilton International Hotel in Las Vegas.

Since the early 1980's Collins has spent his time in the studio and writing for other artists with the exception of the 1987 single 12" titled: "Welfare, I'm Leaving You" released on the Garden Tree Music indie label. Collins has on occasion sat in with various friends wowing audiences with his charisma and diverse talent.

He performed the track, "Get Me To The Bridge, " in the movie "Black Girl". "She's Looking Good", which Collins wrote, was performed by Jack Mack and the Heart Attack in the teen flick "Tuff Turf."

The release of the Rodger Collins: Through My Eyes, CD on the Garden Tree Media label (September 2008) long awaited by Collins' fans has received strong reviews and is creating request-line magic once again. What's left is for Collins to start touring and performing live once again.

I'm Standing Up With Barack Obama