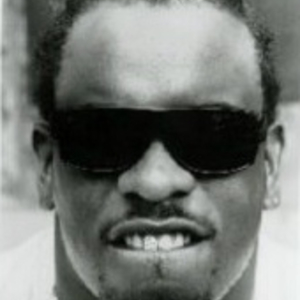 Big Mello (August 7, 1968 - June 15, 2002), born Curtis Donnell Davis, was a rapper who was born and raised in Houston, Texas. He debuted as Big Mello in 1992 with the album "Bone Hard Zaggin'" on the Rap-A-Lot Records label. "Wegonefunkwichamind" appeared three years later without any of the usual Rap-A-Lot guest stars. Those who encountered Big Mello's deep Texas sound compared him to favorably to Scarface or Z-Ro, but Rap-a-Lot never found the right way to package Mello and soon he was on to other labels.

"Southside Story" appeared in 1996 on the small N-Terrogation label and failed to spread his name past the most hardcore of Texas hip-hop fans. Mello disappeared until 2002 when it was announced he was working on a new album, "Done Deal". Tragedy struck on June 15 of that year, when Mello lost control of his car and hit a pillar, killing both himself and the passenger, Jerry Louis Jett Jr, who died on the way to the hospital. Big Mello died on the morning of June 16, 2002. Big Mello was 33 years old. Out of nowhere the album "The Gift" appeared in August of that year on the small KMJ label. Z-Ro appeared on the album and a small but zealous fan base declared it Big Mello's greatest achievement, better than the hyped "Done Deal", which appeared a year later on the Woss Ness label. As years went on, the cult stood firm with Mello's albums. In 2006, Rap-a-Lot dipped deep into its catalog and released Screwed and Chopped remixes of the rapper's first two albums. Big Mello was also a self pronounced resident of Hiram CLarke, a suburban sub-division of the south side of Houston, Texas.