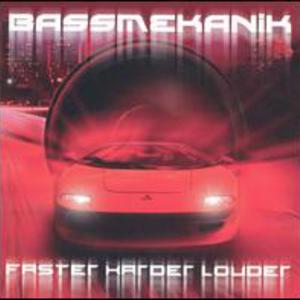 Bass Mekanik is a pseudonym of producer Thomas Michaels, one of the premiere forces in bass music. He got his start as a DJ in his native Jamaica, where he first became fascinated with the low frequencies in the records he was spinning. Moving on to a job as an assistant engineer in Kingston's Dynamic Sound Studios, he worked with reggae legends like Jimmy Cliff and Peter Tosh while learning the technical aspects of a recording career. After years behind the boards at Dynamic, he moved to Miami and started releasing homemade bass mixes consisting of his own material.

Going under the alias of Beat Dominator for the first two years, he decided to switch to the more relevant Bass Mekanik moniker in 1994. Releasing a series of albums, compilations, singles, and collaborations, he became one of the biggest names in the field of bass music, with CDs like Audio Toolbox and Best of Food for Woofers becoming staples of the stereo competition scene. He did this with virtually no promotion, relying on the ultra-low frequencies in his music to appeal to aficionados of car stereos. Word of mouth became his most important advertising tool, and he reciprocated by talking with his fans about what his music could do to further compliment their stereos. Case became such a key figure in the scene that he had a line of car audio components named after him, inspiring him to move further into the business aspect of his art. He started his own label and website, http://www.BassMekanik.com, in 2001. ~ Bradley Torreano, All Music Guide