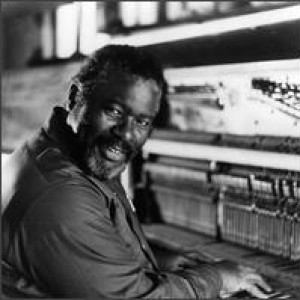 The Alabama-born son of a Baptist preacher, Big Joe Duskin grew up to become one of the stalwarts of the Cincinnati blues scene. Although he honored a promise to his father that he would not play the "Devil's music" until his father's death (at the age of 104, in the 1970s), Duskin quickly made up for lost time. Although he's recorded sporadically, releasing Cincinnati Stomp in 1977, Don't Mess With the Boogie Man in 1988, and Down the Road a Piece in 1998, he's had a major influence on aspiring Midwestern blues musicians.

Duskin's love of the blues was fostered at a young age. Taught to play blues piano by boogie-woogie pioneer, Albert Ammons, in Birmingham, he remained fascinated by the blues after moving to Cincinnati in his teens. His father's objections continued to weigh on him, however. Despite showing promise with his guitar playing and sweet, soulful, singing at Cincinnati nightspots -- and, after being drafted into the United States Army during World War Two, in U.S.O. clubs -- he gave up music after being discharged. Taking a job with the post office, he kept his musical talents a secret for another quarter-of-a-century.