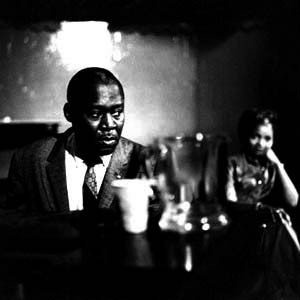 Memphis Slim (3 September, 1915 in Memphis, Tennessee ? 24 February, 1988 in Paris, France) was a blues pianist and singer. His birth name was John Len Chatman although he himself claimed to be born Peter Chatman (the name he gave himself in honour of his father Peter Chatman Sr. when he first recorded for Okeh in 1940). He composed the blues standards "Every Day I Have the Blues" and "Mother Earth".

Memphis Slim got his start playing the blues at the Midway Caf?, at 357 Beale Street (southeast corner of Fourth and Beale Streets) in Memphis in 1931. Two years before his death, Memphis Slim was named a Commander in the Ordre des Arts et des Lettres by the Ministry of Culture of the Republic of France. Memphis Slim died on 24 February, 1988 in Paris, France at the age of 72. During his lifetime, he cut over 500 recordings and influenced blues pianists that followed him for decades.

I Am The Blues

The Very Best Of Memphis Slim: Messin' Around With The Blues