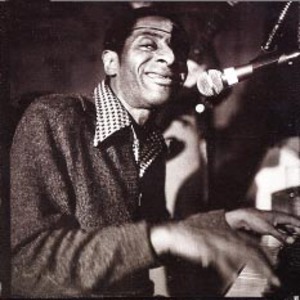 Troubled genius James Carroll Booker III first became known as a New Orleans soul R&B organist and later established a reputation as one of the most exciting, mercurial players in a long line of legendary piano professors. Booker and Professor Longhair are the soul of New Orleans expressing through their pianos the joy and pain of life in one of America's greatest but poorest cities. In the post-Second World War era, the city's working class poor, mixed Irish descent dockworkers from New York and Creoles worked side by side on the docks of the then second-largest port in the U.

. Booker seemed to reach long back in the lexicon of piano men but added delicate subtle and fanciful artistry of his own to create a body of creative work which is still being explored by younger musicians.

At the end of October, 1983, film-maker Jim Gabour captured Booker's final concert performance. The footage from the Maple Leaf Bar in New Orleans was broadcast on Cox Cable and a six-and-a-half-minute improvisation, "Seagram's Jam," featured on Gabour's film - All Alone with the Blues.

Booker died ten days later, on November 8, 1983, while seated in a wheelchair, waiting to be seen at the emergency room at New Orleans Charity Hospital. The cause of death was renal failure. (Orleans Parish Coroner's Death Certificate). His death was mourned by music lovers, but was unsurprising to those who were aware of his life-long history of serious drug abuse and chronic alcoholism.

Harry Connick Jr., a student and close friend of Booker, is probably his most renowned disciple. Connick, Henry Butler, and Dr. John, among others, have recorded songs with titles and musical styles referencing Booker.