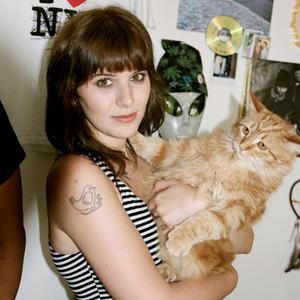 Best Coast is a surf pop band that formed in Los Angeles, California in 2009. The band comprises Bethany Cosentino (vocals, guitar) and Bobb Bruno (lead guitar). Best Coast released their debut album, "Crazy for You," on July 27, 2010, on Mexican Summer Records. The album debuted at No. 37 on the Billboard Hot 100. Songfacts reports that actress Drew Barrymore directed the music video for their track Our Deal.

Beach blanket lo-fi pop from Bethany Cosentino, (formerly of Pocahaunted), inspired by Bethany's longing for Los Angeles while spending her days in NY attending Eugene Lang College, Best Coast sprung forth during her first days back in California. She says we can expect "songs about summer and the sun and the ocean and being a lazy creep," with "drums, beach boys bass lines, and other amazing things" added by her friend Bobb Bruno.

Everything Has Changed (CDS)

Something In The Way (CDS)

Make You Mine (EP)