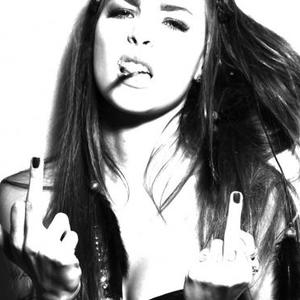 There are multiple artists with this name: 1) Belinda Peregr?n Sch?ll (born August 15, 1989 in Madrid, Spain), is a latin Grammy Award nominated Mexican singer, songwriter, dancer and actress, who debuted in 2003 with the self-titled album, Belinda, under bmg and RCA Records. Her international self-titled album Belinda as released in Mexico City, Mexico by BMG and RCA Records on August 5, 2003 and became as great a success in many different countries, as it was in Mexico.

1) Belinda Peregr?n Sch?ll (born August 15, 1989 in Madrid, Spain), is a latin Grammy Award nominated Mexican singer, songwriter, dancer and actress, who debuted in 2003 with the self-titled album, Belinda, under bmg and RCA Records.

Her international self-titled album Belinda as released in Mexico City, Mexico by BMG and RCA Records on August 5, 2003 and became as great a success in many different countries, as it was in Mexico. The album was produced by Graeme Pleeth and it included singles such as Lo Siento, Boba Ni?a Nice, Angel, and Vivir, which was also chosen as the main theme song for Corazones al l?mite, another soap opera she briefly appeared in. There were 4 different versions of the album released: the original version "Belinda", Belinda (Repackage) which featured 1 extra track: No Entiendo featuring Andy & Lucas, Belinda (Enchanced) which featured 2 Remixes and 2 Multimedia Tracks, and Belinda: Edicion Especial which included a CD with 18 tracks and a DVD that contained five videos. The albums titled "Belinda" and "Belinda (Enhanced)" are the only albums that are being sold today. The rest were limited editions. In 2005, she collaborated with the Mexican rock band Moderatto on their single Muriendo Lento which is a cover of one of Timbiriche's songs, a Mexican pop group from the 1980s.

Belinda revealed in a program aired by Televisa, "Bailando por un Sue?o" and "Bailando por la Boda de Tus Sue?o", that EMI wanted her to spend one week in Los Angeles recording "Utop?a 2" her newest album in English which will be released in Europe and North America by EMI International on September 25, 2007. She also appeared as a guest star in Buscando Timbiriche la nueva banda. This new CD included tracks in English and a DVD. Her second album "Utop?a" reached #3 on the Mexican Charts and has sold over 180,000 copies.

Her latest telenovela, the edgy "Camaleones," aired in Mexico last year and will likely air stateside this summer. The show's theme song is "Sal de Mi Piel," a track on "Carpe Diem," but the first official single is "Egoista," a duet with rapper Pitbull.

With its high-energy, electro-pop-rock sound that's heavy on the attitude of Pink and Katy Perry, the album solidifies the transition from kiddie act to teen diva that Belinda made with her 2006 EMI Televisa release, "Utopia." The set will receive a March 23 release on Capitol Latin in the United States and on EMI in Mexico and Latin America, and is scheduled for a May release in Europe. Previously Belinda recorded on BMG, then signed with the now-defunct joint-venture label EMI Televisa in 2006.

An English-language version of "Egoista," pairing her with a yet-to-be-determined male artist, is in the works for Europe and the States.

For now, she's working on choreography to match her new sound. "You always have to find your own style, and that's what I've achieved on 'Carpe Diem,'" she says. "There's not another Latin artist that's doing this right now."


2) Hailing from Pawtucket, Rhode Island, Belinda is no stranger to the music world. For two decades, she has dazzled audiences from all over with her deep, silky smooth voice.Currently, Cape Verdean music lovers are getting a soulful uplifting from Belinda with her album, ?Realidadi d'Amor? & now ?Um Momento?. It is an adventure into a new sound for this exotic diva. The music takes Belinda back to her roots, displaying her elegance for mornas - a Cape Verdean version of blues.
http://www.cdbaby.com/cd/belindatunes2