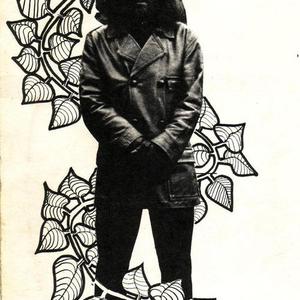 Experimental composer Basil Kirchin was born in Great Britain in 1927. He made his professional debut in December 1941 at London's Paramount, playing drums in his father Ivor's jazz band, and remained a fixture of the group throughout the remainder of World War II, playing 14 shows per week. After the war ended, Kirchin joined Harry Roy's newly-formed New 1946 Orchestra (one of the first true British big bands) as a featured soloist, gaining national exposure via the band's regular appearances on BBC radio.

As the decade drew to a close, Kirchin signed on with the Ted Heath Big Band, at the time arguably the most popular big band in all of Europe -- in 1952 he returned to London to form his own group, installing his father as co-leader and recruiting trumpeters Tony Grant, Stan Palmer, Bobby Orr, and Norman Baron; saxophonists Ronnie Baker, Duncan Lamont, Pete Warner, John Xerri and Alex Leslie, pianist Harry South, bassist Ronnie Seabrook, vocalist Johnny Grant, and arranger John Clarke. The Kirchin band made its debut on September 8 with a year-long residency at the Edinburgh Fountainbridge Palais, followed in November 1953 by an engagement at the Belfast Plaza Ballroom that extended into the spring of 1954. At the same time, the group also backed singer Ruby Murray during a 13-week series for Radio Luxembourg.

In mid-1954 Ivor Kirchin was critically injured in an auto accident, and Basil attempted to lead the band on his own -- without a head for business, however, he struggled to keep the operation afloat before ultimately dissolving the lineup. Once Ivor recovered he returned to work, and with the formation of the New Kirchin Band -- a unit featuring four trumpeters, four saxophonists and three percussionists -- their sound veered away from traditional big band jazz to a more rhythmic, brassy approach that proved extremely popular with listeners, and after just ten months in existence, they placed fourth in a Melody Maker reader poll of Britain's most popular groups. After recording four singles and an EP for Decca, the Kirchin Band signed to Parlophone, where they collaborated with future Beatles' producer George Martin -- moreover, they were the first band to travel with their own P.A. system, and Basil obsessively recorded each live performance and rehearsal session, including now-legendary dates backing Billy Eckstine and Sarah Vaughan. However, he felt increasingly confined by the limitations of the big band model, and at the peak of the Kirchin Band's fame, announced its dissolution in 1957, spending the next few years traveling the globe, including extended stays in India and the U.S.

After arriving in Sydney for what would amount to a two-year stay in Australia, Kirchin left his luggage -- including nine hand-compiled 7" tapes containing only the absolute highlights of the Kirchin Band's five-year run -- aboard his ship. Days later he received an apologetic phone call from the docks: In the process of removing the cargo from the ship, his luggage fell into the sea, and everything was destroyed -- in effect, his life's work was lost, with only their studio sessions to document the group's music. Although Kirchin finally returned to Britain in the spring of 1961, he abandoned traditional jazz forever, instead working with engineer Keith Herd on a series of electronic compositions written for imaginary films -- from there, he was commissioned to score a number of actual films, television programs, documentaries, and theatrical productions. In 1964, Kirchin began pursuing an approach he dubbed World Within Worlds -- essentially, he began combining traditional instruments with wildlife sounds and the amplified noise of insects, painstakingly editing and manipulating the results to create beautiful yet utterly alien soundscapes that clearly anticipated the subsequent ambient experiments of Brian Eno, as well as a generation of electronic artists like Aphex Twin. Not until the Swiss tape recording manufacturing firm Nagra issued their next-generation tape machines and microphones in 1967 was Kirchin able to acquire the technology necessary to fully realize his vision -- his source material grew more and more obscure, and his tape manipulations grew more and more extreme with each new project, discovering new "inner sounds" virtually inaudible at standard playback speeds.

Abstractions Of The Industrial North

It's About Time (With John Coleman & Jack Nathan) (Vinyl)

Mind On The Run (With John Coleman) (Vinyl)