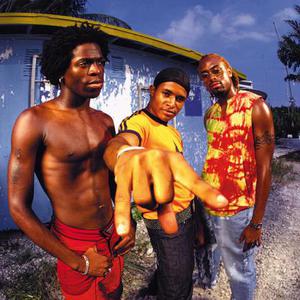 Baha Men is the name of a pop group that plays an updated style of Bahamian folk music called Junkanoo. The group's debut, Junkanoo, was released in 1992, and was very traditional in its sound. They soon began aiming their music at a more mainstream audience, however, and finally succeeded with 2000's remake of Who Let the Dogs Out? originally composed by Anslem Douglas; the titular track won a Grammy Award. Their most recent album was Beach Baby (2002).

Who Let The Dogs Out (MCD)