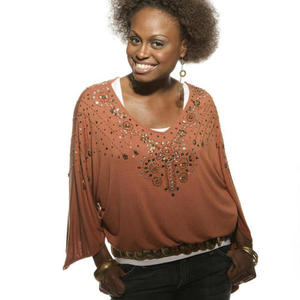 Ayiesha Woods is a Contemporary Christian music artist. In 2004 she won "Producer of The Year" at The Caribbean Gospel Music Awards (better known as The Marlin Awards) She was originally discovered in Jamaica by Gotee Records executive Toby McKeehan when he stopped by Love 101, the local Christian station, for an interview. While Toby waited to record some station IDs, Caribbean Hour host Arnold Kelly played a few of Ayiesha's songs for him. Toby took her phone number and called her. Ayiesha was very surprised by the call.

A few weeks later he invited Ayiesha and her family to a concert he was slated to perform at in Texas. It was here they met for the first time in person. Soon after, Ayiesha was signed to Gotee and she was back in the recording studio. The resulting record is her debut album on Gotee: Introducing Ayiesha Woods. Ayiesha has been nominated for a Grammy in the category Best Pop/Contemporary Gospel Album. Her second album Love Like This was released in September 2008 and in November 2009 she released Christmas Like This, Ayiesha's first Christmas album.