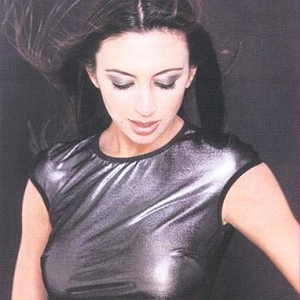 Motivated by her good friend DJ Icey, DJ, Producer, Florida's Baby Anne first shimmied behind the turntables in 1992. Soon after meeting at a local Orlando gig, Icey encouraged the fledgling DJ as she educated herself with the tricks of the trade, and shortly thereafter, Baby Anne began getting bookings. As they say, once she bought her first set of Technics SL 1200's, there was no looking back.

Between gigs, Baby Anne began honing her production skills, releasing a number of singles for DJ Icey's Zone Records imprint, including "Trippin' On Da Bass," "Freaks Groove," "Bass Queen," "Abercrombie," "Probe" and "Pulse," as well as producing one-off tracks such as "Body Movin'," "Beat", "Fury" for other labels. Baby Anne's latest single, "Dementia," is the latest track on her new mix CD ASSAULT & BATTERY for Zone Records/System Recordings. It is her signature sound, which fuses Miami bass and electro with funky Breaks, that makes Baby Anne a lot more than "just a DJ," it makes her a hot commodity in the rising Breaks landscape and the reining queen of this genre.

2005/2006 has DJ Baby Anne set with her most daring mix compilation to date - ASSAULT & BATTERY - a death defying 2xCD DJ mixed compilation capturing Baby Anne's energetic brand of Florida breaks doing battle with Jen Lasher's potent mix of electro-meets-industrial. ASSAULT & BATTERY features exclusive new tracks from Baby Anne and Jen Lasher, as well as music from Mylo, DJ Icey,Anthony Rother, The Knife, Wolfsheim, Infected Mushroom and Atomic Hooligan. This release is all about her continued domination of the booty shakin' Breaks scene that has anointed her the Bass Queen. Hold on tight, as the title track, laced with equal parts of bass and attitude, and sprinkled with a haunting vocal, proves that our beloved Bass Queen has firm control over her court.

Having received rave reviews and press coverage in publications ranging from top-50 market dailies such as The Miami Herald and The World-Herald, to major weeklies such as New Times and Orlando Weekly to popular fanzines such as Lunar Magazine and Club Planet, DJ Baby Anne definitely has a positive career trajectory. Undoubtedly America's most popular female Breaks DJ, Baby Anne is making her mark on the nation, one badass breakbeat at a time.