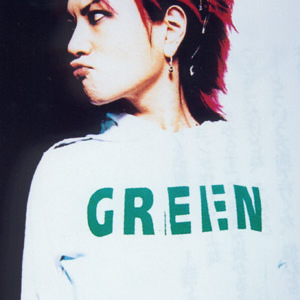 hide????(born on December 13,1964 - died on May 2,1998) was the self-titled ?hide?solo project of X JAPAN's lead guitarist. He released his first album, HIDE YOUR FACE (on which he arranged and played most of the instruments), in 1994 to huge success. hide's music generally consisted of heavier, speed-oriented songs and pop efforts, incorporating elements of electronic rock and pop to form a unique blend of sound.

When he reached his high school years, he formed the band Saver Tiger (also called as Yokosuka Saver Tiger, not to be confused with Japanese band Saber Tiger). The formation did not last long and they disbanded. In his senior years he completely abandoned music and decided to enter beauty school to become a hair stylist after graduation.

Before that career could take off, Yoshiki gave hide a call, looking to fill one of two guitar positions in his band, X. He mentioned that he had heard hide's amazing skills, and wanted him to join. hide had a while to think about it, and he eventually accepted.

The band was first known as 'X' before being re-named X JAPAN. After years of performing and 4 albums, X JAPAN took a break to focus on each of their solo careers. hide took this opportunity to express himself and became massively successful. What stood out most was his unique voice and guitar riffs, updated appearance, and lyrics that identified themes such as sex, drugs, and violence (notably Hi-Ho and Genkai Haretsu).

Well into his solo career, he collaborated with guitarist Ray McVeigh from The Professionals and bassist Paul Raven of Killing Joke to form the band, Zilch, meaning "zero". This band was somewhat successful, releasing albums such as 3,2,1 zilch, and bastardEYES. During his collaboration, his lyrics became more dark and sadistic, the songs were more industrial rock than the alternative rock sound as seen in his solo career.

hide handpicked several members to perform with him during his first two tours: HIDE OUR PSYCHOMMUNITY and PSYENCE A GO GO. After the disbanding of X JAPAN, hide named his live band Spread Beaver, and together their band name was hide with Spread Beaver in which hide was vocalist, guitarist, and songwriter.

May 2, 1998, Hide was found dead, hanged with a towel tied to a doorknob in his Tokyo Apartment. While authorities deem the guitarist's death a suicide, several of Hide's friends and colleagues stated that they believed in an accident, this was supported by the fact that there was no suicide note.

Because of hide's abrupt death post production of their first album, hide with spread beaver and Zilch, had to be done by I.N.A (who was a member of both bands). The tracks appeared how they were intended (except HURRY GO ROUND, which was a combination of several songs) as hide recorded most of the tracks before his death.

His guitars were mostly from the Fernandes MG series.

In the latest song I.V. from X JAPAN, it is reported that unreleased guitar riffs by hide were used so that it would be a 'complete' X JAPAN production.


Also, HIDE (allcaps) is the moniker used by one Hideyuki Takahashi (??????), one of ?????'s many collaborators, on the songs cream and run rabbit junk.