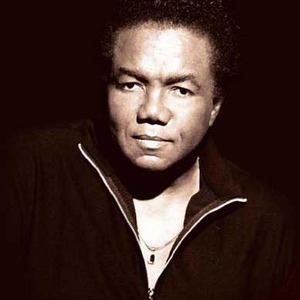 Lamont Dozier (born June 16, 1941 in Detroit, Michigan) is an African American songwriter and record producer, best known as a member of Holland-Dozier-Holland, the songwriting and production team that was responsible for much of the Motown sound and numerous hit records by artists such as Martha & the Vandellas, The Supremes, The Four Tops, and The Isley Brothers. Dozier, along with Brian Holland, served as the team's musical arranger and producer.

After H-D-H left Motown in 1967 to form the Invictus/Hot Wax labels, Dozier began recording as an artist on their labels. Dozier departed from H-D-H in the mid-1970s, and was replaced by new arranger/producer Harold Beatty.

Dozier would have another #1 hit as a songwriter in the 1980s, combining with Phil Collins to write the song Two Hearts from the movie soundtrack Buster. Collins and Dozier also co-wrote Loco in Acapulco for The Four Tops, which also featured on the Buster soundtrack.

Also, in 1984, Essex-born singer Alison Moyet scored a US top 40 hit with the Dozier-penned Invisible.

In addition to his work as a songwriter and producer, Dozier has a recorded a number of albums as a performer in his own right. Black Bach (ABC Records, 1974) contained the epic Going Back To My Roots, which was later recorded by Odyssey.

Throughout his recording career, Dozier has largely avoided the temptation to return to his catalogue of Motown hits, preferring instead to record new material. In 2004, however, Dozier recorded several of his hits as part of the album Reflections Of... Dozier's new arrangements frequently provide an interesting counterpoint to the upbeat pop sound of the 1960s originals.

Working On You (Vinyl)

Peddlin' Music On The Side (Vinyl)