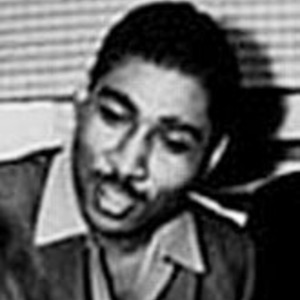 Brian Holland (born February 15, 1941, in Detroit, Michigan) is an American songwriter and record producer, best known as a member of Holland?Dozier?Holland, the songwriting and production team that was responsible for much of the Motown sound and numerous hit records by artists such as Martha And The Vandellas, The Supremes, The Four Tops, and The Isley Brothers. Holland, along with Lamont Dozier, served as the team's musical arranger and producer.

For a short time, Holland partnered with Robert Bateman, together known as "Brianbert", collaborating on such hits as "Please Mr. Postman" for the The Marvelettes.

Holland has also had an on-and-off career as a performer. He released a solo single in 1958 under the name of "Briant Holland". He and longtime friend and future songwriting partner Freddie Gorman were in a short-lived group called The Fidalatones, and was later (1960?62) a member of Motown recording act The Satintones as well as being a member of The Rayber Voices, a quartet that backed up several early Motown recording acts. He partnered with Lamont Dozier under the name "Holland-Dozier", releasing a lone single for Motown in 1963, then was inactive for a number of years, and was then revived in the early and mid-1970s, scoring a number of medium-sized R&B hits. Holland resumed his solo recording career in 1974, hitting the charts as a solo artist in '74 and '75.